Peanuts, a relatively widely consumed nut, are an important raw material for edible oil.  There are many processed peanut snacks and sauces available for sale on the market. As a crop grown in large quantities, the quality of peanuts directly determines its price, so improve the quality of thepeanuts and rapid screening have become a major focus of the process.

Peanut will confront the problem of screening:

Peanuts in shell: yellowing of the shell, mould, small grains, cracks, broken, mud and stones and other impurities. 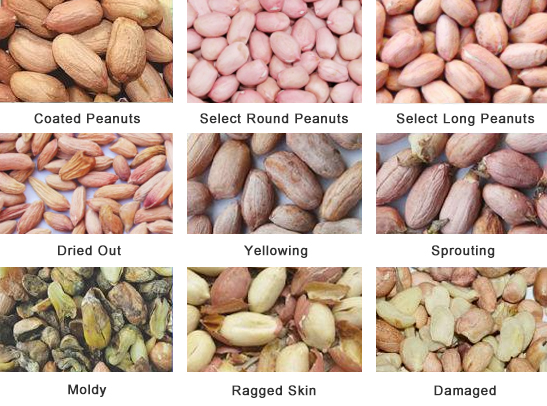 The traditional method of sorting is to employ a large number of manual sorters, which is not only inefficient but also a waste of time and increases labour costs. 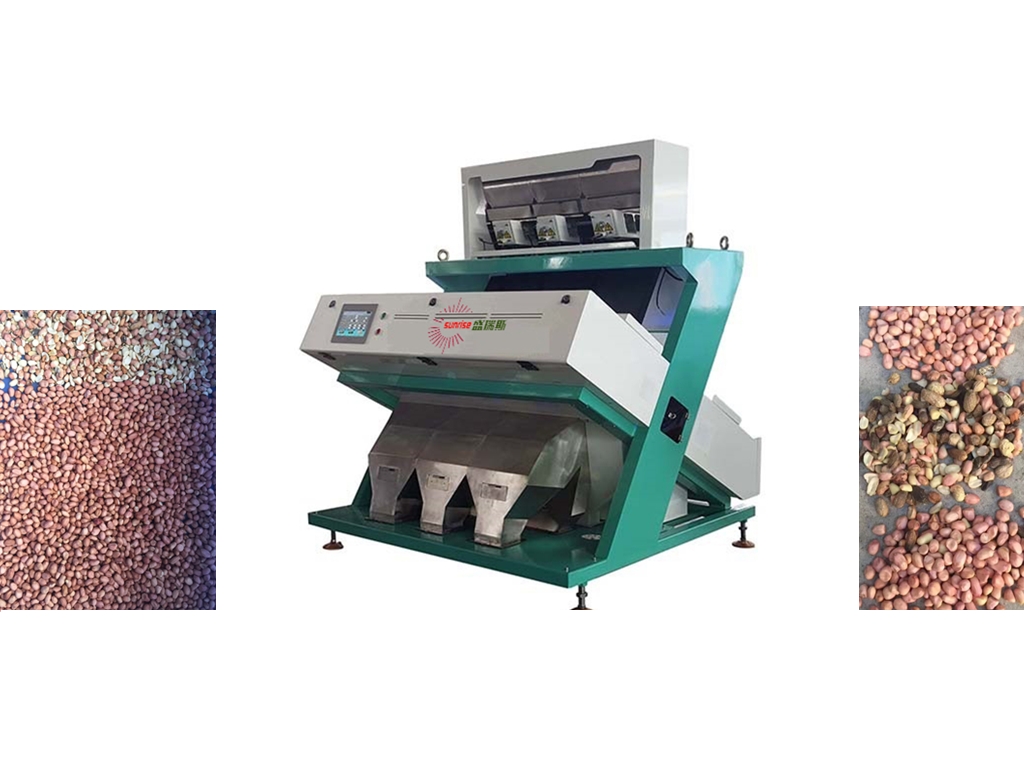 The difficulty of Peanut separation

Peanuts in the growth, harvest, transport, storage process is very easy to infect Aspergillus flavus and Aspergillus parasiticus, its secondary metabolites - aflatoxin has strong toxicity and high carcinogenicity, teratogenicity. Toxicity is 10 times more than potassium cyanide. Therefore, the study of contaminated aflatoxin peanuts before processing sorting technology will effectively isolate the source of contamination and prevent the problems in peanut separation, which make the great significance of ensuring food safety.

Coated peanut is the main form of raw material used in the processing and utilisation of peanuts. In-line, non-destructive, grain-by-grain sorting of coated peanut rice before processing can effectively prevent aflatoxin from entering the product. At present, there are existing methods for the detection of aflatoxin in peanuts, such as thin-layer chromatography, high-performance liquid chromatography and immunochemical methods, all of which require the destruction of the integrity of the peanut rice. The conventional colour selection method is based only on the calibrated appearance or epidermal characteristics of the differences in comparative sorting, it often results in the appearance of qualified but exceeded the toxin limit of the individual missed pick. Similarly, individuals that do not exceed the toxin limit but have an abnormal appearance are often incorrectly selected. 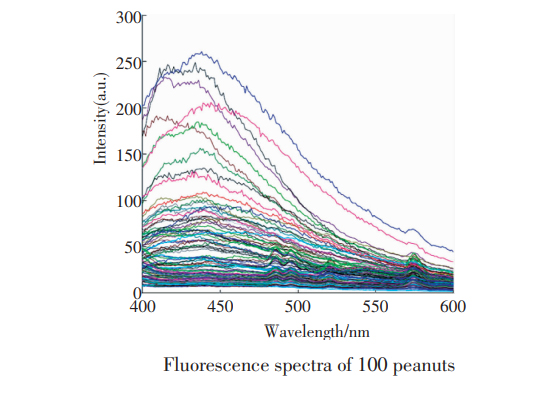 The study found that under UV light irradiation, group B aflatoxins fluoresced blue and group G aflatoxins fluoresced yellow-green. Therefore, concerning the widely used technical idea of grain-by-grain colour sorting of granular materials, the visible light imaging in the colour sorting system is replaced by fluorescence imaging, and by repeated or continuous UV-fluorescence imaging of the coated peanut rice passing in front of the background plate in a rotating sliding state one by one and in sequence, the exclusive optical signal of the contaminated over-limited grain is obtained and converted into an actuating signal accordingly, so that the coated peanut rice with excessive aflatoxin can be peanut rice from the pre-processing material. 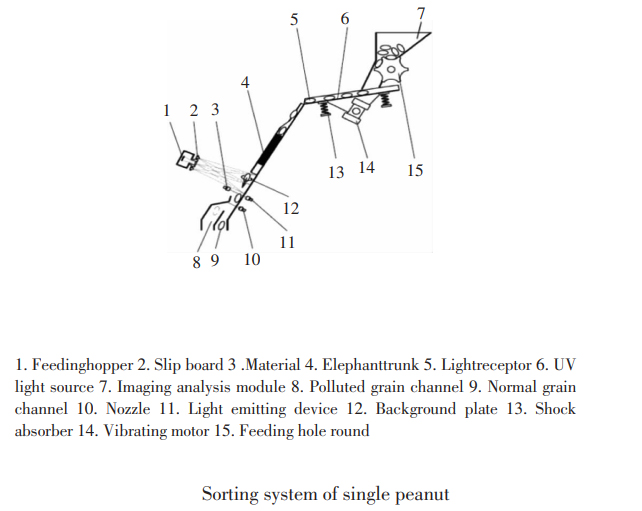